During Thanksgiving week, 2017, a drone buzzed over Levi’s Stadium in Santa Clara, California, dropping leaflets onto a crowd as they watched the San Francisco 49ers take on the Seattle Seahawks. Later that afternoon, fans attending a football game between the Oakland Raiders and Denver Broncos were also caught by surprise when leaflets rained down on them from that same drone as it zipped through the Oakland-Alameda County Stadium in Oakland, California.

A piece of paper cascading down from the sky may not seem dangerous on its own, but the increased threat caused by a drone’s ability to infiltrate crowded areas and deposit propaganda, toxic chemicals or explosives is a modern-day reality.

Unless Black Sage is around.

“We’re the people that keep drones out of places they shouldn’t be, like military bases, airports, prisons, stadiums, power substations, bridges, political rallies and concerts,” said Dirk Manley, Black Sage’s international business development manager. “Basically, anywhere there’s a lot of people where a drone can come in and do damage.”

Boise-based Black Sage began when its founders, Ross Lamm and Dave Romero, devised a plan to reduce nighttime highway accidents involving animals. By implementing their accurate detection system that would trigger lights when large game entered the road, collisions in the highway test area dropped to zero. Since then, they’ve moved from the road to the sky.

“Our company started five years ago, and we were one of the first in the world to be an exclusive counter-unmanned-aerial-system company,” said Dirk.

Effective counter-UAS isn’t achieved with a single magic bullet. Instead, Black Sage uses a layered approach to ensure efficiency. For them, counterterrorism looks something like this:

For such a high-tech solution to UAS threats, it’s easy to assume the Black Sage staff is a curated group of engineers, computer scientists and James Bond types, and James Bond types. While Black Sage does have a few of those on hand, the brains, beauty and brawn behind the company include winery owners, river guides, startup founders, sports promoters and trainers. 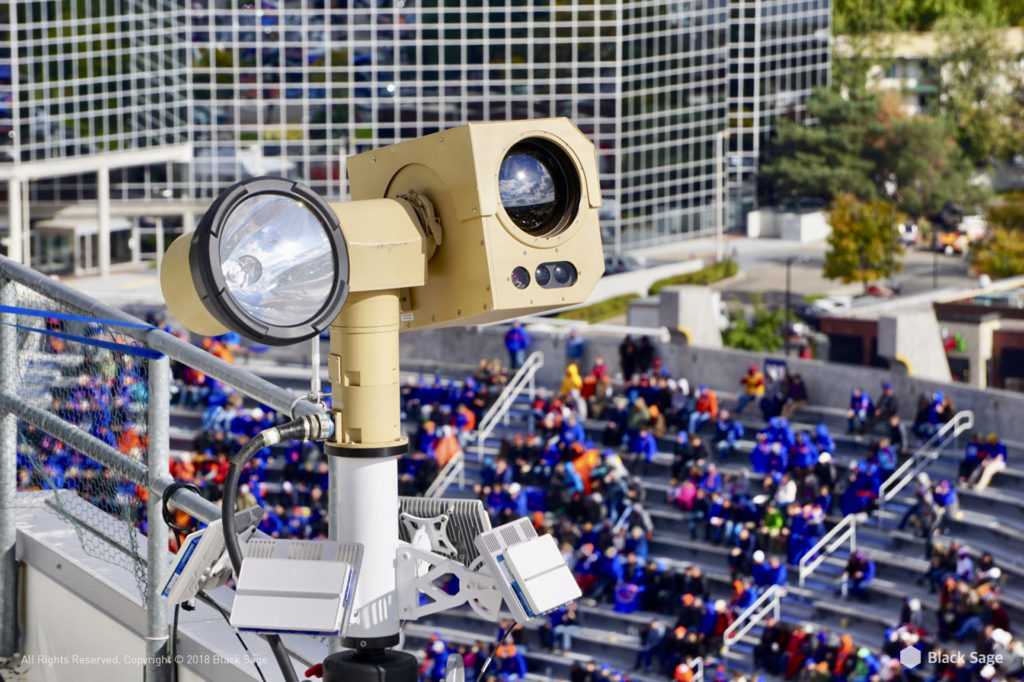 “We’re not just a tech company,” said Dirk. “There are all these other things we do outside of Black Sage that make us a well-rounded business that people want to work with.”

As Black Sage continues to expand, its military, police and U.S. government revenue streams are complemented with counter-UAS solutions for events, stadiums and large events.

“We don’t just do business in Idaho,” said Dirk. “But trade shows like the Paris Airshow, Avalon, Farnborogh and Expo Seguridad allow us to share a booth with other Idaho companies and sometimes we even walk away with new collaborative partnerships.” 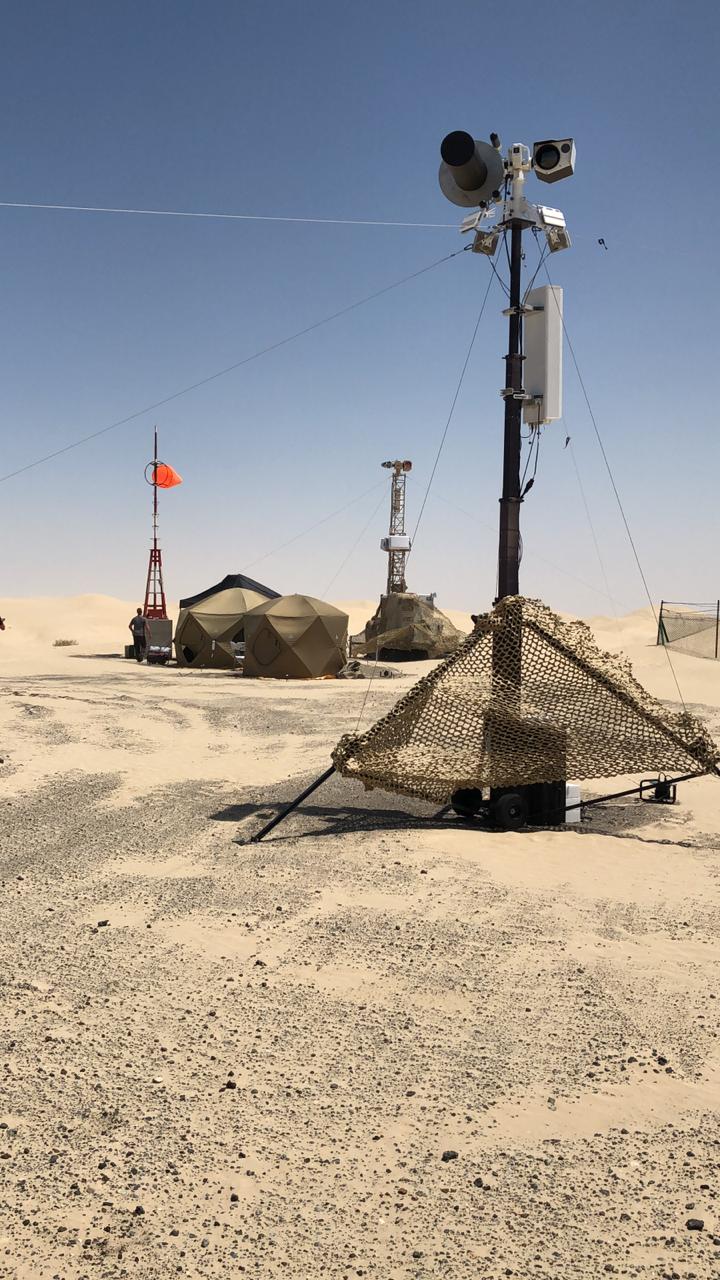 For companies like Black Sage, international trade shows are more accessible through the State Trade Expansion Program whose funds will pay for the cost of booth space and construction of the trade show pavilion, plus airfare and lodging stipends for an employee.

While the international market is full of opportunity, Black Sage knows there’s plenty of ground to cover domestically, too. From prisons to football games, and film sets to inaugurations, their mission to detect and defend remains steadfast.

Learn more about Black Sage at their home on the web: https://www.blacksagetech.com.