We are excited to welcome several new faces to our Idaho Commerce family. Here is a brief introduction to three of the five newest members of our team.

Mr. Varner will work with the Shared Services team and assist with the Economic Advisory Council. He will primarily work with the Community Development, International Trade, and Business Attractions teams.

James Varner joined the Idaho Commerce team after moving to Idaho from Las Vegas, NV. While living in Las Vegas, James attended the College of Sothern Nevada and became a member of the College’s dance company where he had the opportunity to travel around the western United States and to Italy and Spain, winning the title of International Dance Champions. James is bringing a wealth of customer service abilities to the Commerce team, and is already becoming a great asset to the department. James moved to Idaho to be closer to his family, including his five brothers and two sisters.

Mr. Lynch will work with partners throughout the state advising the Director on policy initiatives for issues such as broadband access, affordable housing, and other key challenges the state faces in furthering economic development.

George Lynch, new Senior Advisor on Economic Development Initiatives, joins Idaho Commerce after three years at Bloomberg Law as a Senior Legal Editor where he specialized in state and local tax law and regulations as well as international and U.S. privacy and data protection laws. Prior to joining Bloomberg, Mr. Lynch worked for the U.S. Commerce Department where he was involved in enforcing fair trade laws on behalf of U.S. companies. Mr. Lynch has a Bachelor of Arts in Political Science from the University of California, Irvine and his law degree from American University Washington College of Law. He and his fiancé, Rachel, live in Boise. 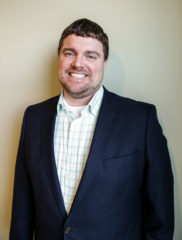 Mr. Forsch will oversee the department’s business retention and expansion team responsible for engaging Idaho businesses and providing information about available resources and programs. Mr. Forsch is rejoining Idaho Commerce where he previously served from 2011 to 2017 as a Senior Business Attraction Specialist playing an integral role in department initiatives like the SelectUSA trade show, the development of a statewide unmanned aircraft system (UAS) consortium and numerous business attraction projects.

Eric Forsch, Idaho Commerce’s new Business Retention and Expansion Manager, is rejoining the department after first joining Idaho Commerce in 2011 as a Business Attraction Specialist. Prior to rejoining Idaho Commerce, he served as the Market Principal for Manpower in Boise. Mr. Forsch has also served as an Adjunct Professor at the College of Western Idaho, and three years in the banking industry. Mr. Forsch received his Bachelor of Arts in History from Boise State University and an Master of Arts in History from University of Colorado. In his spare time, he enjoys brewing beer, woodworking, and spending time with his wife, Hailey, and their three dogs.